The Basics in Dealing with German Clients: An Introduction for Indian Software Developers 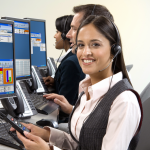 It is often not easy to deal with another culture. This happens mostly because of lack of knowledge about the basics regarding the culture of the individual or group concerned. In this blog post I want to give a basic understanding on the 5 most important points when dealing with clients from Germany. This post should help Indian software developers to develop stronger relations with their German clients.

The following are the 5 most important cornerstones of a successful partnership:

People in India generally tend to write sloppy E-mails, be it between students or in the corporate world.

In Germany on the other hand it is seen as very unprofessional to write E-mails in a non-standard manner. It can quickly sour a good working relationship.

The following is an example structure of a well written e-mail for German clients:

(Start with something positive in the first section)

(In the mid section you write about the subject matter, clear and up to the point)

(First section) Thank you for your message about the new requirement.

(Second section) I still have a question about the layout of the new webpage. Should it be a designed one or could it be plain?

(Third section) Do you have time today at 6pm to discuss this?

Clearly this kind of e-mail would mean a steep decline in the offshore relationship. The German client will start to doubt the abilities of the software developer.

One other thing to remember when writing e-mails is to check for any spelling mistakes. Look up an online dictionary in case of doubt.

Indians in general take time not so seriously. If someone is invited for a marriage set to start at 1pm, they will normally arrive at 1:30 pm or 2 pm. This does not just apply to personal matters, oftentimes in business, time is handled in that way.

For German clients that’s a strict no go. They will feel neglected and also get a notion that time was taken unrighteously away from them.

The solution to this is to arrive at least 10 to 15 minutes prior to the set meeting time. By arriving earlier any hindrances to the meeting, such as a bad internet connection or a missing phone number, can be solved. And the meeting can take place in time.

In India people tend to wait for instructions if any problem arises, even if that would mean to wait for hours or even days to get an answer.

In Germany people tend to ask proactively for help and try to find ways to fix the problem as quickly as possible.

So a good advice would be to clarify any doubts if you have any as soon as they arise, either with a superior, colleague or with the client.

A client from Germany won’t take it as an excuse that the task was not done because of lack of instructions or because a problem arose. If instructions are missing, get them. If problems arise, approach your colleagues and solve them together.

People in India try to be polite in not asking or talking about the matter concerned. They will talk around the problem till the other person gets to understand the point by themselves.

An example for this:

Rakesh wants to tell his client in Germany that he could not finish the work in time. So he will start talking about all kind of stuff related to why there was a delay, which might take 20 to 30 minutes. Still the client would not know what Rakesh is talking about.

Instead Rakesh could tell the client that he could not finish the task because of reason x, y and z. He could ask the client to find a solution to the problem and ways so that he can solve that problem by himself the next time. This would just take 2 or 3 minutes achieving a much better end result.

Honesty seems to be getting lost along the way of growing up in India. This might be harsh to say, but there is some truth to it. This type of being unhonest has become so common that people will even tend to defend such kind of behavior.

In Germany people who lie and cheat are seen as not worthy to work with. The motto is: Someone who lies once, lies always. This means that if someone is caught lying or being dishonest they will be branded as notorious liars, even if that happened only once.

Being honest has a lot of advantages and outweighs the quick gains achieved by being dishonest. You can read it in my article about „Why honesty is so important„.

Following these 5 points can significantly increase the strength of an offshore relationship with a German client.

If you have any questions or suggestions feel free to reply.

The author is the CEO of YUHIRO, a company which provides software developers from India to clients in Europe. You can reach him via sascha.thattil@yuhiro.de