Why Honesty is so Important 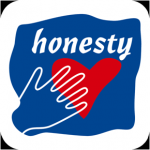 Recently I talked with my cousin. I had a short mock HR interview with him. One of the points we discussed was the value of honesty. He told me that most would say that they are honest, just for the sake of mentioning it. He was of the opinion that this is a trait people boast of but not adhere to.  This made me thinking. Is honesty important? In this Blog post I want to elaborate on that question.

I am of the strong opinion that honesty is one of the essential assets when working with clients, co-workers or anyone else for that matter. So one might ask: What is the benefit of being honest?

The benefits are certainly there.

People tend to surround themselves with people who are honest. In turn they try to disconnect with people that are not that truthful.

One of my responsibilities at my previous job as an account executive at a large software company was to select partner companies through which we could sell our services. The one trait which I looked for, after some initial failures, was whether that company and its people were honest. I asked myself: Did they really mean what they said, or did they just tell us what we wanted to hear. If I saw that they were honest I was more than happy to handover lots of good sales opportunities to them.

Being honest is hard. It’s not easy to say the truth and act in that way, because with it there will certainly come more responsibilities. But in the end a person will feel better because one’s own conscience will be clear. I strongly believe that the nature of man (meaning both genders) is to be honest.

In the short term honesty might be detrimental to business as there will be lost opportunities. In the long term honesty will pay out more than handsomely as people will entrust those people with even more opportunities to work together. This applies to businesses, employees, managers, partners and clients.

I will certainly discuss this topic of honesty more with my cousin to learn more about it. I would also ask you to give some input on this. What do you think? Is honesty important? And if yes, why so? Maybe we will find some good arguments in favor of honesty.