The Minimum Viable Product is a concept propagated by Eric Ries (The writer of the book „The Lean Startup“). Its an absolutely amazing and interesting concept which is already changing how startups and even large corporation are setting up their businesses. In this blog post I want to give some insights into this interesting concept.

Building something no one wants

A lot of entrepreneurs have great ideas (or at least they think so, like everyone would) for a product or service. So they normally start building their product or service. It will sometimes take from a couple of months to one or two years to finish building the product. Then the platform is advertised on different platforms and through differen channels. What happens most of the times is that the entrepreneur will find out that there is not the expected user acceptance as predicted. Even worse, sometimes only a few potential users sign up for this new product.

The entrepreneur assumed that the wide world could use a new solution which could solve their problems. The question will be whether this issue is also perceived as a problem, which has to be solved, by potential clients. There might have been some surveys regarding the solution as well as user acceptance tests. But the entrepreneur assumed that it is only possible to know whether users would sign up if the product was built.

Eric Ries propagates a concept which is completely different from the idea to „building a product first and then find out whether someone wants it“. He is suggesting to build a so called „Minimum Viable Product“ or MVP. This MVP looks from the outside to potential users like a finished or completed solution. Only when they have subscribed to it they will find out that this MVP solution only has the most necessary functions.

Sometimes the MVP consists of a landing page with buttons where the user can click and subscribe to. Traffic will be directed to it by online advertisement. Once the user subscribes he or she is informed that they will receive further information and that the solution will be online only after some time.

But isn’t that fraud? 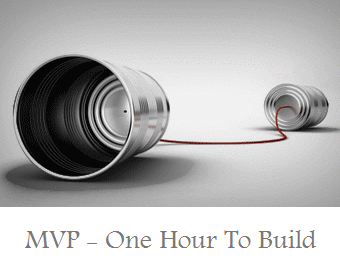 By clicking the button the potential user does not loose or gain something. It might be a waste of time, but that’s it. The entrepreneur on the other hand will gain invaluable insights. He will see how many of the website or platform visitors actually subscribe to the service. He will be then able to implement the solutions actually needed by the potential customers.

Similar to the mock pages the new feature will be prominently featured on the website (which already has an user base). If the user subscribes to the service it means that they see a perceived value in this new feature. Only after this test, the actual feature will be build.

Side note: The early adapters & the MVP

Another marketing term „the early adapters“. Its sometimes mindblowing how many terms and specific words the marketeers use. But this term actually adds value to a startup.

The early adapters is a group of people who always want to have the newest information, gadgets and products. They believe that by having these innovations first, that they will have an advantage over their peers. The best example were the early adapters of the iPhone. The early adapters paved the way for the iPhone to become mainstream.

Regarding the MVP product the early adapters might be more forgiving than the mainstream user. For example, the initial iPhone lacked a lot of features which standard phones could already handle. (I think some of the missing features were High Speed Internet connectivity and support for corporate e-mails) Still this didn’t hold back the early adapters to buy and use the iPhone.

It could therefore be a good idea to build the solution in a way that will be appealing to these early adapters.

Minimum Viable Product – What a great idea to pursue especially for startups. They are already cash strapped and lack the knowledge about the market. Instead of building the product first these kind of product tests could make the life for entrepreneurs easier. The success rate will most probably also go up from the current situation. 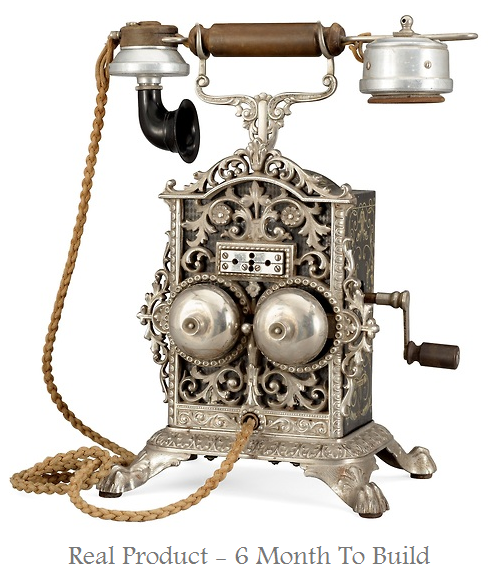 Whats your opinion on the Minimum Viable Product concept?

The author is the CEO & Project Manager at YUHIRO which is providing software solutions and dedicated software developers to clients in Europe. You can reach him via sascha.thattil@yuhiro.de